It turns out that the answer to ‘Life the Universe and Everything” is not 42 after all…. See The Hitch Hiker’s Guide to the Galaxy: A Trilogy in Five Parts by Douglas Adams.
Ho… there I am thinking I had cracked it when along comes M – Theory. Which it is hoped could unite the two currently incompatible theories of quantum mechanics and general relativity.

If M – Theory allows for 10500 possible universes, why couldn’t I have found myself in one where Guinness is free……!

This is not ‘A brief history of Time’ one needed to probably read that a couple of times (well I did anyway) to understand it(?). It is quite light reading for a subject that presents recent discoveries that help explain the expansion in the universe, with the reintroduction of the cosmic constant and the unknown repulsive force (dark matter).
It also introduces the universe in the context of 11 dimensions and suggests the quantum possibility of many universes, each with their own fundamental rules of nature.

Arabia and the Arabs: From the Bronze Age to the Coming of Islam.

An interesting insight into the Arabian Peninsula, from prehistory to the coming of Islam. Even with the limitations imposed by the lack of direct archaeological evidence (not because there is none – rather the reluctance until very recently of some areas allowing archaeological research to be carried out) The book is very readable and is enhanced by numerous maps, figures and plates.

“Way Beyond Monochrome Edition 2”   ISBN: 9780240816258  by Ralph Lambrecht and Chris Woodhouse –  Advanced Techniques for Traditional Black & White photography. This book has 560 pages and over 1000 illustrations, it provides all the important requirements of the craft of photography (it even has a bit on digital!).

This is not a beginner’s book: but for those requiring in depth information about the use of traditional materials used in the production of film based images, it is probably one of the best available.

Hell in a Very Small Place: The Siege of Dien Bien Phu.

The battle at Dien Bien Phu marked a historic turning point in France’s occupation of Indochina and offers a premonition of the United States future military defeat in the same area. By the end of the 56-day siege, a Viet Minh army had destroyed a large French force which eventually led to France withdrawing from Southeast Asia.

This book is a very detailed but easily read account of the lead in, siege and eventual defeat of the French army. It has some very moving accounts of the heroism not to mention horror that the defenders went through, along with an analysis of the political strategy adopted by France and the reluctance of both the United States and Britain to help militarily. 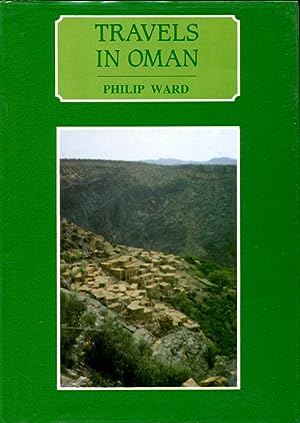 Occasionally a photography book comes on to the market that becomes a ‘must have’ and this is one of them.

Unfortunately for the buyer it proved so popular that it has sold out and the odd copy that does become available can reach the dizzy price of $1000. And no, I did not add an extra zero by mistake.

Fortunately Tim has decided to reprint the book himself at a far more affordable price. So if it is maybe of interest then visit the link below, or just go and look at his photography – excellent.

Freya Stark – now she was a lady we do not see much of these days, of Polish/German English descent. Made Dame of the British Empire in 1972.

To quote The New York Times –

Dame Freya’s books about the Middle East and nearby countries were called lucid, spontaneous and elegant and were lauded for imparting an inspired sense of both history and people. The consensus of reviewers was that she wrote with spirit, authority and humour and that she was a consummate traveller because of her fearlessness, candour, charm, idealism and streak of naïveté.

And to quote her –