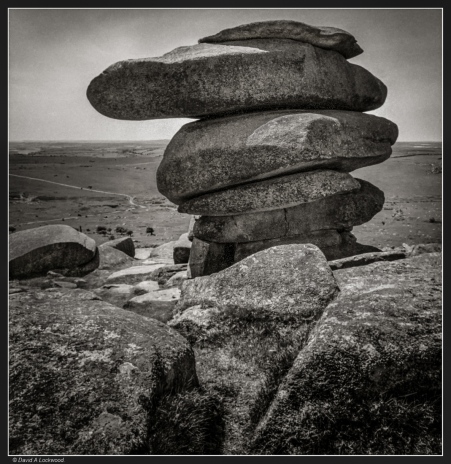 Rock reflections.
From my files.

Rocks and wild grass.
From my files.

In the foothills of the Ḥajar Mountains there are many tracks that have probably been in use since the Bronze Age if not before, quite a number are still well-trodden to this day. They would follow a Falaj (water channel) system to its source or between two villages and could quite often be several kilometres long.
This is the sort of view that would usually tell me it’s time I turned back, although sometimes if determined enough, I would take my boots off and wade. When the route I was following had a definite final destination and the water was not very deep, then wet I would get !! Quite often I would have been walking for 3 or 4 hours and if I wanted to find an abandoned village or the possibility of rock art, I would only have to make a return journey. Not being able to mark ‘done’ on my list, other than because it was just not possible to overcome an obstacle, would not satisfy my curiosity. 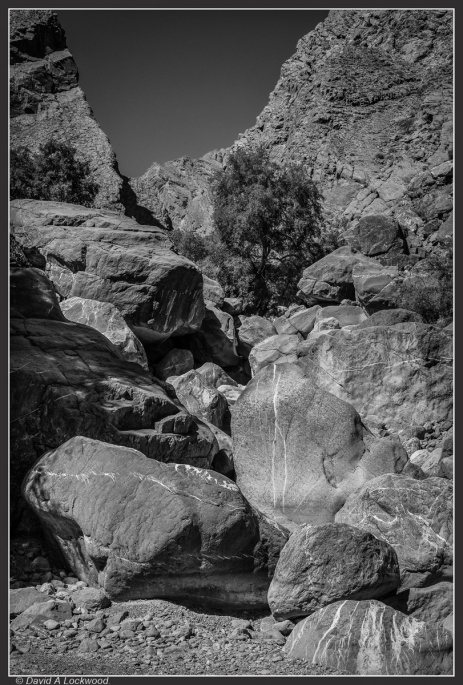 This sort of choke point is quite common in most of the major wadis in Oman. Finding a way around or over can be a challenge, especially in the summer months when the rock is warm (hot) and covered in fine dust.
Accumulation of rock like this one is the result of the many Cyclones Oman has endured over the centuries; well trodden paths and even Falaj get blocked. There are several instances were a whole village has moved because of the loss of water when a Falaj gets blocked or damaged beyond repair. 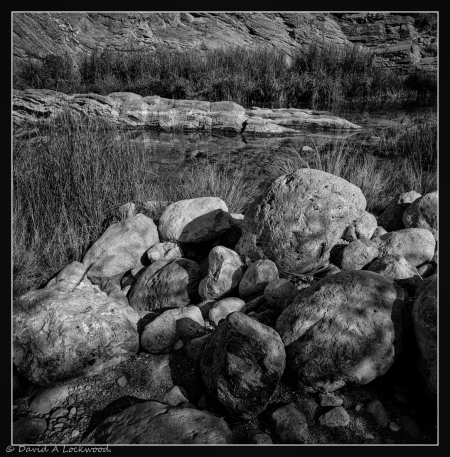 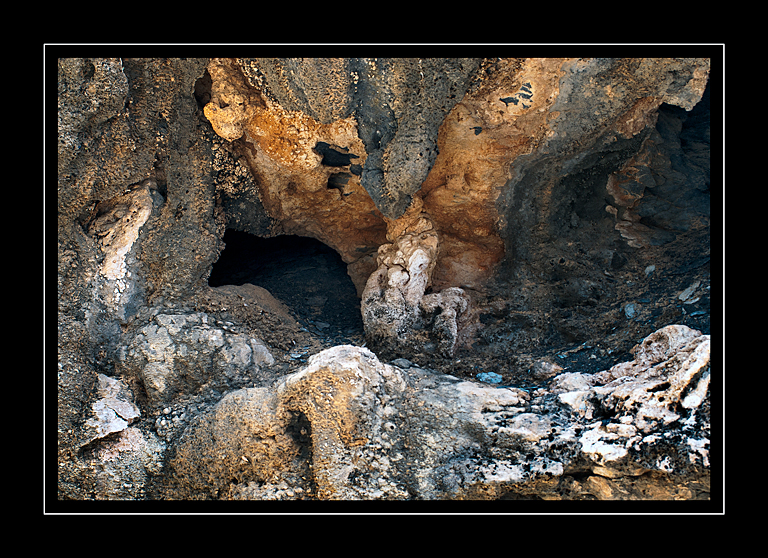 This is a form of Travertine (not being a Geologist I am open to correction) found at the top end of Wadi Ghul. 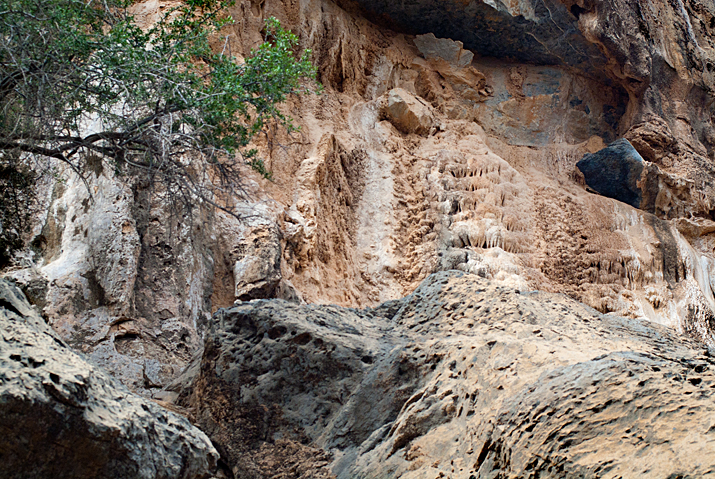