Llanthony Priory in the Vale of Ewyas, within the Black Mountains area of the Brecon Beacons National Park south east Wales.

An Augustinian Priory until the dissolution of the Monasteries by Henry VIII. 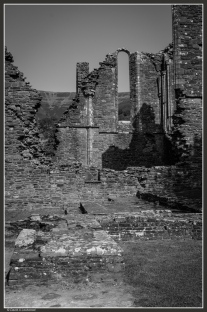 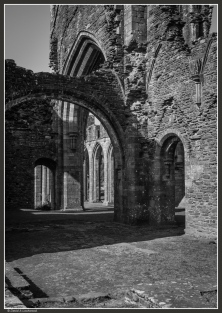 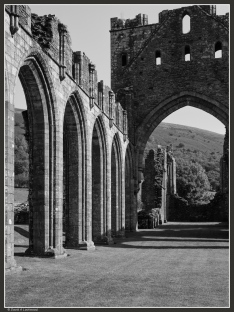 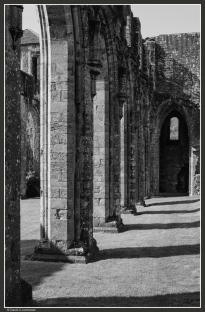 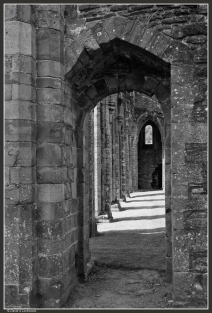 As can be seen from the J.M.W Turner picture below, between 1794 & 2019 the site has reduced in size considerably. 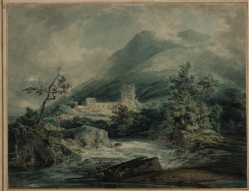 In the early 1100s a Norman nobleman, Walter de Lacy, took shelter from a rainstorm in a ruined chapel. Inspired by its remoteness and serenity, he decided to build a church. Others were soon drawn there, finding it a place for solitary prayer, and by 1118 a group of monks from England converted it to Llanthony Priory.

Llanthony’s isolation placed the Priory in a vulnerable position, not helped by the local inhabitants resenting the English monks occupying Welsh land. They repeatedly attacked the building; it was also targeted by thieves, so by 1135 the monks were forced to retreat over the border to Gloucester where they founded Llanthony Secunda. Between 1186 and 1217, again probably around 1325 building work took place allowing the Priory to become fully functional again and on Palm Sunday, April 4, 1327, Edward II visited. Its regained status was not to last, in the early 15th century it was attacked yet again, this time by the Welsh prince Owain Glyndwr as part of his campaign to recapture Welsh land from the English. This started a period of decline and the Priory finally closed in 1538 during the Dissolution of the Monasteries by King Henry VIII.

5 thoughts on “Llanthony Priory in the Vale of Ewyas – Wales.”