It’s approximately 1000 km from Muscat to Salalah and this must be about halfway.

At least 2/3 of the journey is across desert and in the summer the temperatures can be upwards of 50 °C (122 °F) which takes its toll on both car & driver. Travel is best done at night in the summer months, but this has the added danger of Camels walking in the road. Sometimes there is very little if any cell phone signal, so don’t breakdown otherwise it’s a long walk. Although phone coverage is a recent worry for some people; it’s not very long ago that there was no communications at all outside the few towns that were en route. People forget that up until the late 1970’s there was no tarmac roads outside Muscat, so phone coverage was the least of travellers worries.

A little trouble with the perspective on this one – my eyes kept going squiffy. 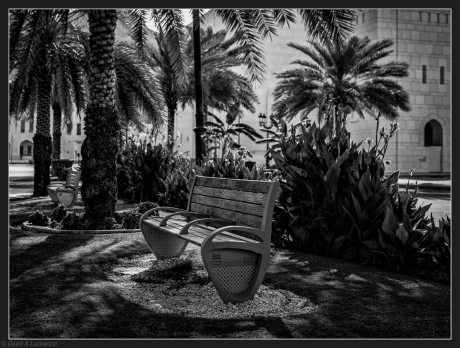 Yesterdays early morning walk around the Palace area of Muscat.

For a capital city – note how clean it is. 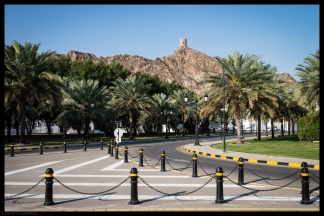 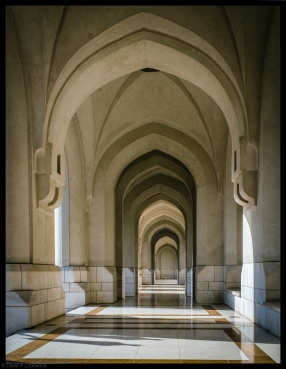 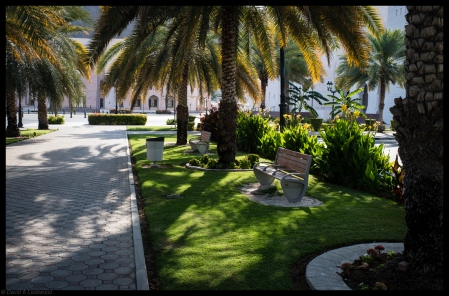 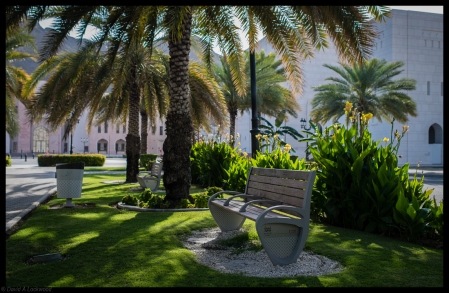 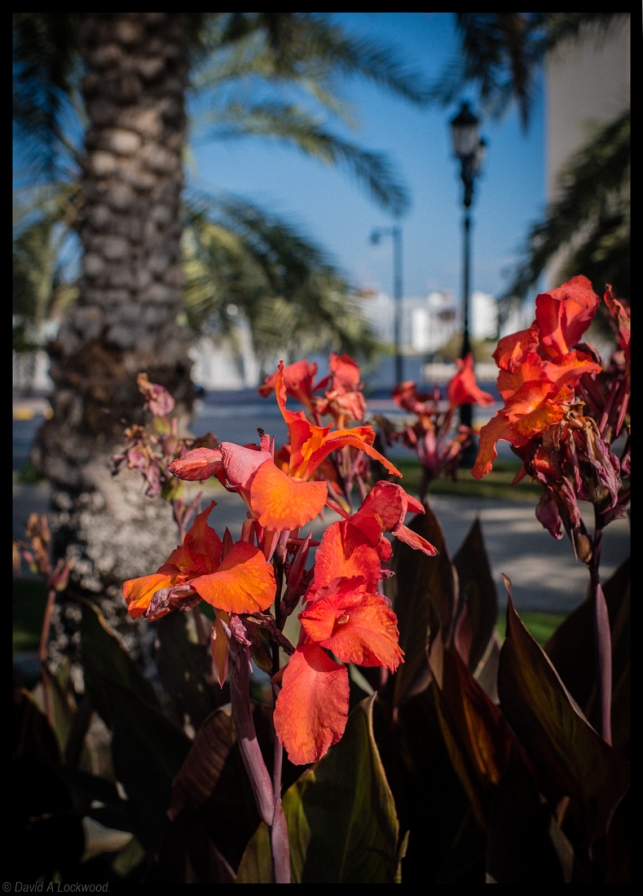 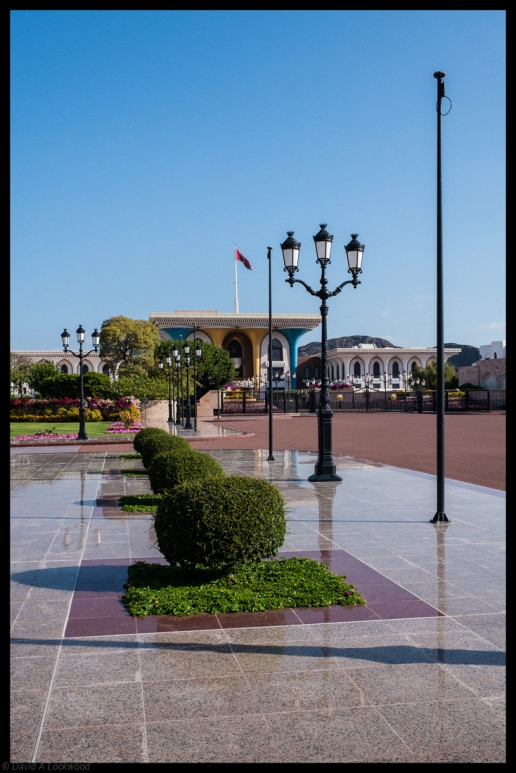 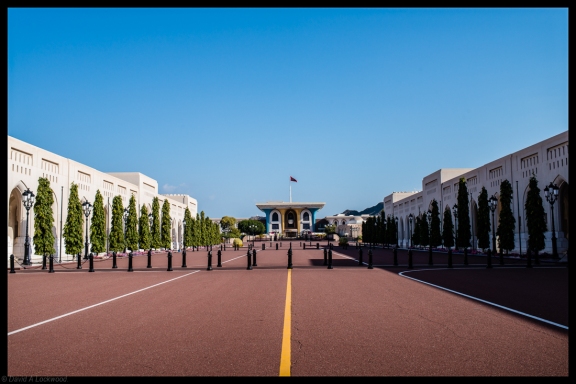 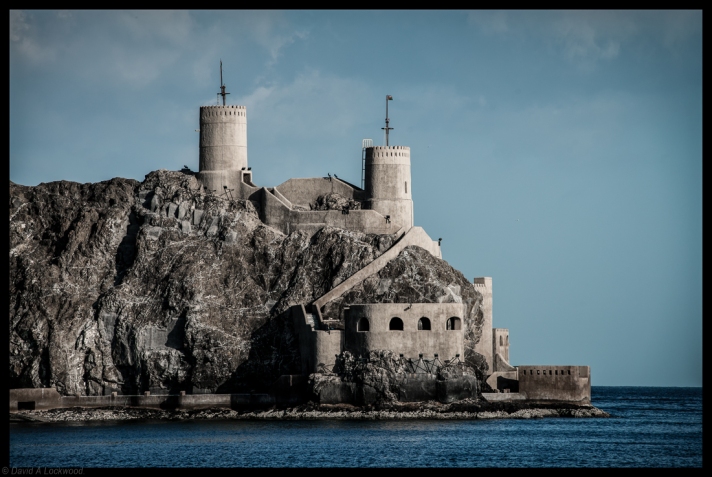 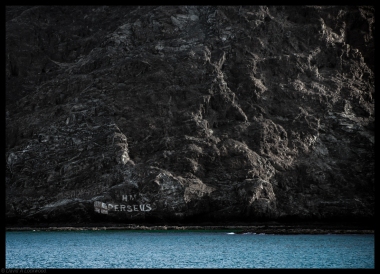 Visiting Muscat harbour anchorage at the entrance to a bay overlooked by the Sultan of Oman’s Muscat palace; there has been a tradition for ships crew to paint the name of their vessel on the rocks surrounding this bay.
A lot of the names are very faded and can only be read up close from a boat, but one or two are still very distinct; HMS Perseus being one of them.

HMS Perseus a British Parthian-class submarine built in 1929 and lost in 1941.

But there was another HMS Perseus who spent time visiting Muscat.

HMS Perseus was a 3rd Class, Protected Cruiser.
Built by Earle of Hull, laid down May-1896, launched 15-Jul-1897, and completed 1901.
On completion she went to the East Indies Station, where she spent her entire active service 1901-13.
Returned to the UK and paid off.

The diary of A. Barker whilst in service aboard the Protected Cruiser, HMS Perseus in 1901/03 at the East Indies Station. Starting from 13th September 1901, he makes several entries pertaining to Muscat.

See example of entries below.
13th After smooth passage we arrived at Muscat at 9 am. We saluted the Sultan with 21 guns which was returned.
14th We coaled ship 200 tons.
Time had been rather dull during our time up the Gulf as we had had no leave since we left Karachi so we arranged a seigning (sic) [seining or net fishing is what I think he means]  party, which came off very well.
18th We received the Sultan & the British Consul on board. A salute of 21 guns for the Sultan 11 for the Consul was fired.
20th We had Divine Service which was conducted by the American Minister from ashore
21st We got the starboard bower anchor out, and then we started painting ship.
23rd We had another seigning (sic) party, which was attended by the British & American & French Consul & Mrs Cox. There being no communication from Muscat by telegraph we left Muscat on the 25th for Jask & arrived there the 26th. We left again on the 27th for Muscat.
28th We carried out our firing and arrived at Muscat. We moored ship placing spare bower on the billboard.
29th We unmoored ship and replaced spare bower anchor.
30th We left Muscat at 7.30 am with British Consul & Sultan of Muscat & 150 soldiers onboard, bound for Sur & Khora Jehoram

HMS Perseus – Light Cruiser 2,135 tons served in The Persian Gulf between 1909 and 1914:
Towards the end of the 19th Century the trafficking of arms in the Persian Gulf area had escalated to dangerous proportions. The British Government pressurised the Governments of Persia and Muscat to take action to bring this business under control. By 1897 Persia had managed to reduce the involvement of their nationals but Muscat was still a serious problem.
So this ship also visited the harbour on several occasions.

But the most interesting is this reference to a HMS Perseus crew painting their ships name in 1857, Made by members of HMS Gambia who visited in August 1958 and did the same thing.

While a few of us had thus been seeing what there was to see, or doing battle on the hockey pitch, a party of stout-hearted individuals had landed on the rocks a few hundred yards from the town where, having scaled a hundred-odd feet of mountainside, they set-to repainting the magic letters GAMBIA on the rock-face, together with the Admiral’s Flag close-by. This was not just a bright idea by one of the boys, but part of a publicity campaign which has been going on ever since H.M.S. PERSEUS painted her name on the brown rock in 1857. As a result, the cliffs either side of Muscat form what is surely the world’s biggest autograph album, for by now they are covered with the names of ships and not only R.N. ones who have visited the place.

The problem is that if the following list is correct, it would indicate that no ship called HMS Perseus existed for that time frame (1857) – so who knows.

Six ships of the Royal Navy have borne the name HMS Perseus.

This Dhow lay abandoned for some time: ho yes, the box attached on the left-hand side of the stern is called a ‘Thunder Box’ 🙂 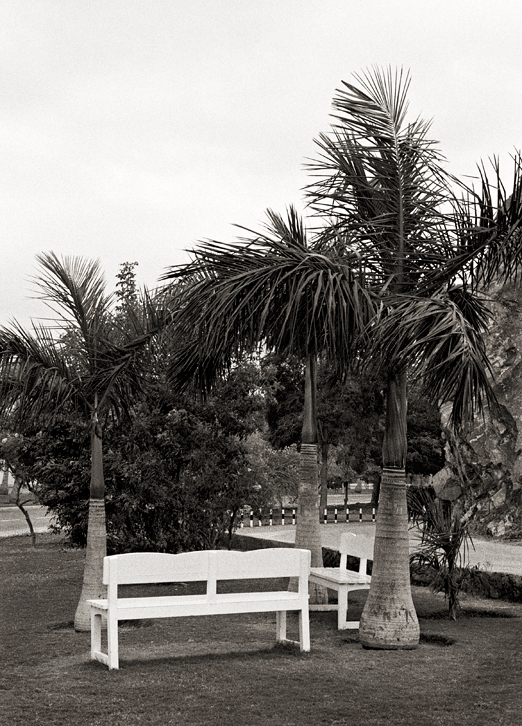 Two things about this image: note the lack of litter (Muscat is a very clean place, even now with all the trappings of modernity) & the other was that most of this Corniche got washed away during cyclone Gonu. It has since been re-built and most of the old buildings and Souk survived, but that was more luck that judgement! A rather traumatic experience for a lot of people; the death toll was considerably under stated by the worlds media.