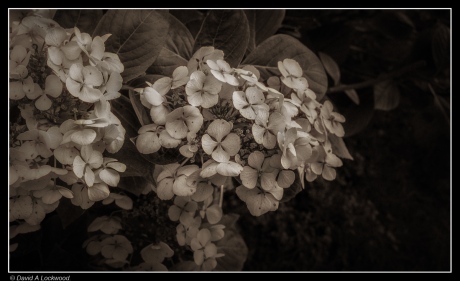 I slumbered this spring morning, and missed the dawn,
From everywhere I heard the cry of birds.
That night the sound of wind and rain had come,
Who knows how many petals then had fallen?

Ferns in colour for a change.  😎 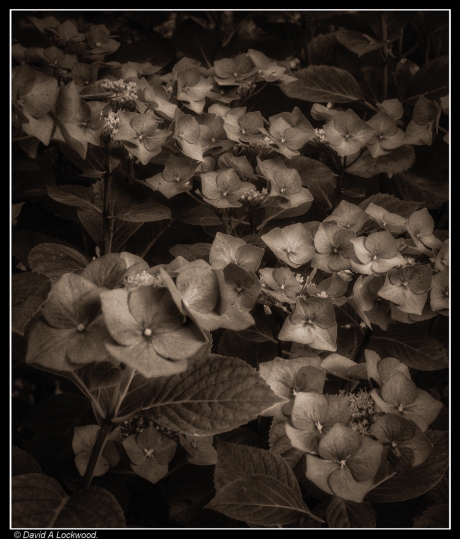 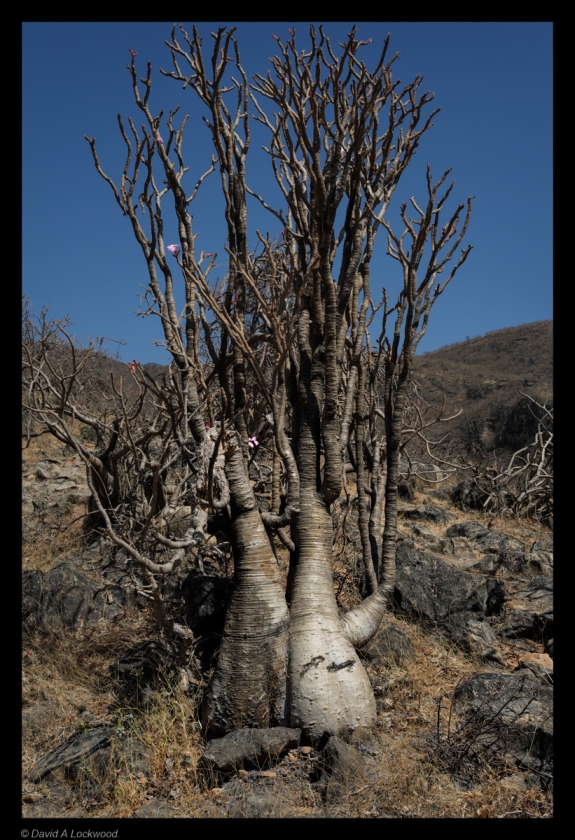 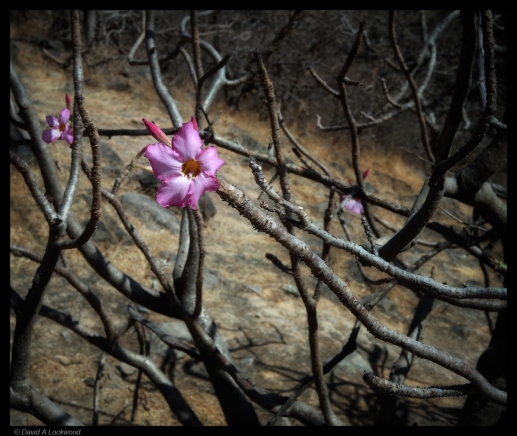 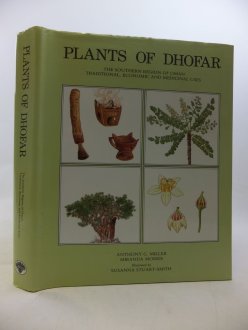 From my book ‘Plants of Dhofar’  this is Adenium obesum (name corrected to ‘Obesum’ the error pointed out by  Spinosina – thanks. Mea culpa for not reading the whole description on page 30 of the book) more commonly known as Desert Rose.

A plant that was treated with fear and a lot of respect in days gone by: Snakes were believed to get their poison from it and getting close would result in painful eye inflammation if care was not taken. The sap from the bark was used for medicinal purposes as a topical salve for inflammation of joints or limb paralysis. It is poisonous if eaten by animals, so the sap could be used as a fish or arrow poison.

The person collecting this bark should carry something iron and pray out loud while approaching the plant,  strip the bark as quickly as possible then depart without looking back; never return to the same area until a reasonable period of time has passed.
The bark was  pounded then put in warm water to soak, a small piece of iron included in the mixture made it more powerful and stopped the ‘evil eye’ of malcontents or evil spirits interfering with it. 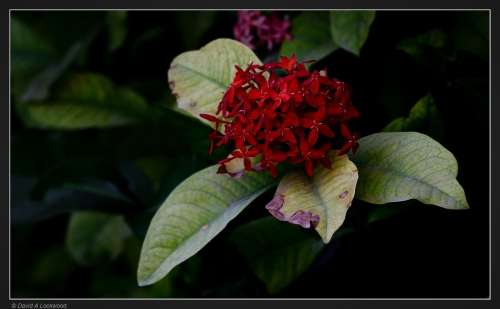 More flowers from Wakan – that’s it I promise, for now anyway  😉

Wakan is famous for its colourful flowers & plants. 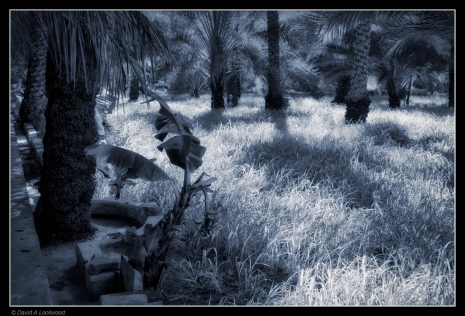 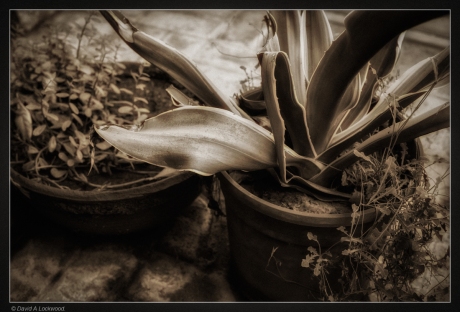 An unkempt section of my garden, waiting the end of summer for a little attention  (that’s my excuse anyway)   🙂

Writing this I thought hummm…  which is it, I was sure unkempt was right in this instance but; so I gave in and looked it up in a well known on-line dictionary.

Unkept–Unkempt distinction:
Unkempt is often used to describe untrimmed lawns and hedges, but unkept is equally correct. Unkept is only rarely used to describe people.
Actually the doubt came because Firefox spell check (set for proper English 🙂 ) flags unkept but not unkempt. Never trust a computer !! as I was told by an instructor many years ago “computers are stupid for two reasons: A. they only have two states, either ‘on’ or ‘off’ so anything else confuses them & B. if the computer says ‘no’ blame the programmer or user never the computer”. 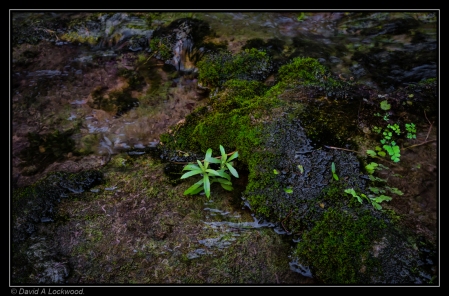