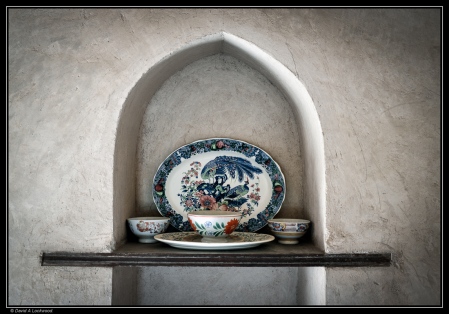 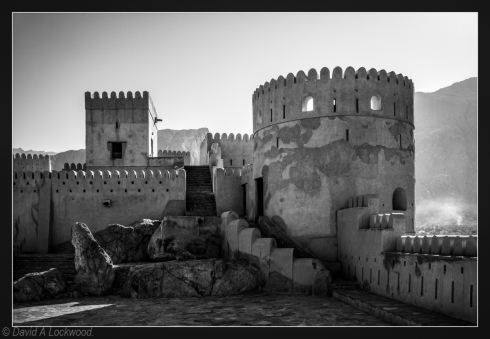 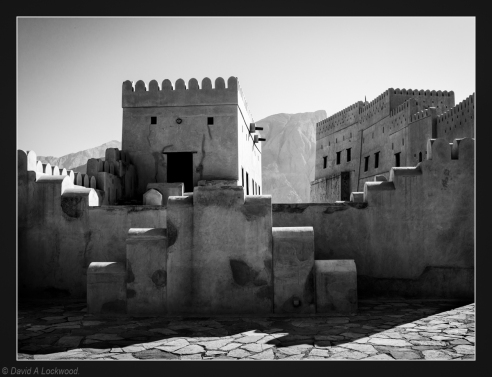 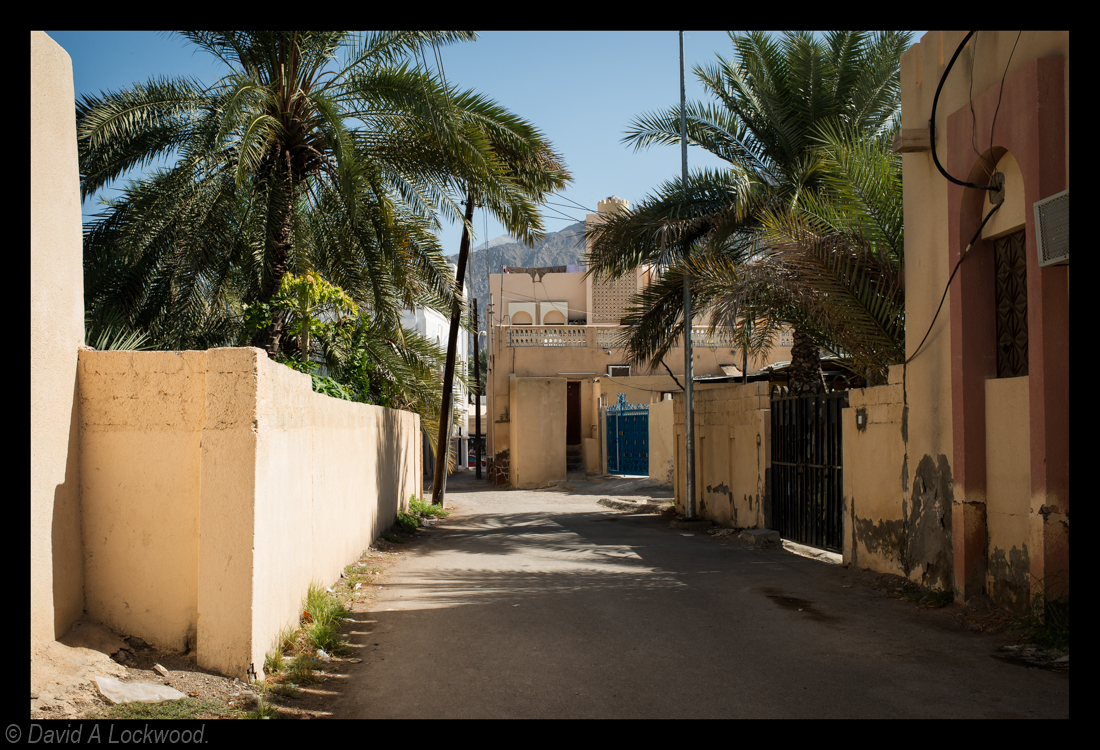 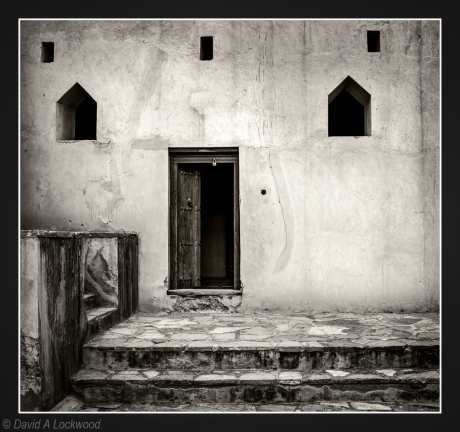 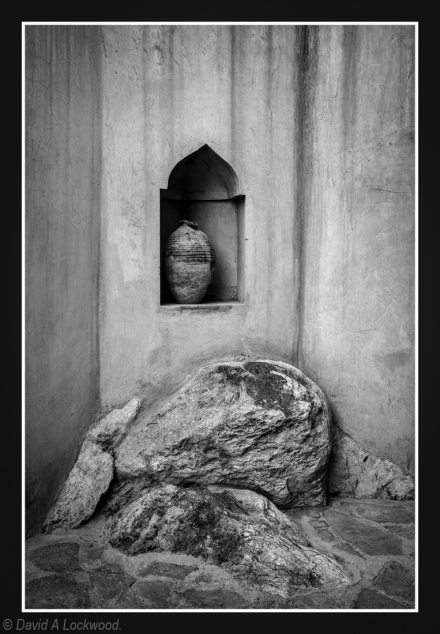 A slight change to the crop & framing from the previous one, I also burned in the fort a little more.

Nakhal Fort in the Batinah region has pre-Islamic origins, with major contributions by both the Ya’aruba and Al Bu Said dynasties.

In 1995 the fort was repaired; but up until then it was described as the ‘Black’ fort and that is what I saw on my first visit back in 1986. Even in its dilapidated state it was still an impressive building with dark grey almost black walls. Now it is a rather nice honey colour and is somehow  less ominous as it looks down on the surrounding area.