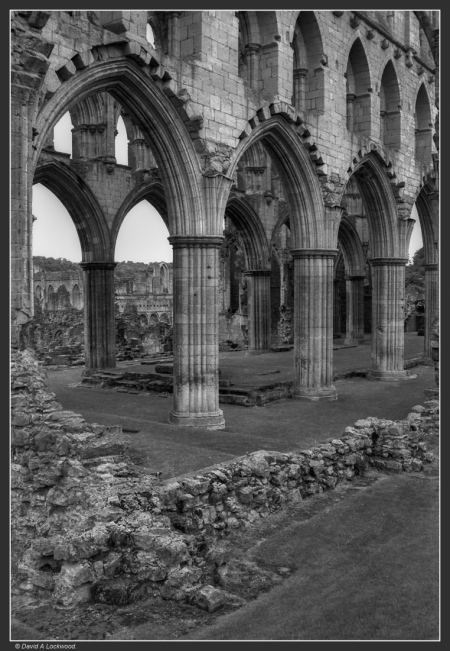 Part of Rievaulx Abbey No4. 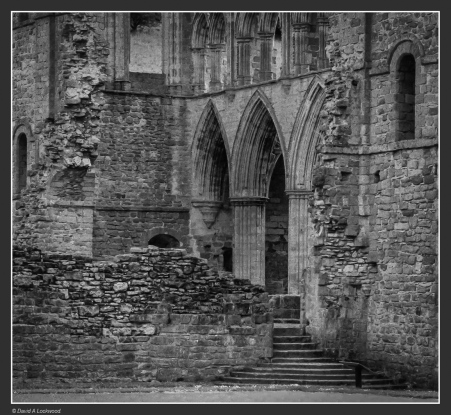 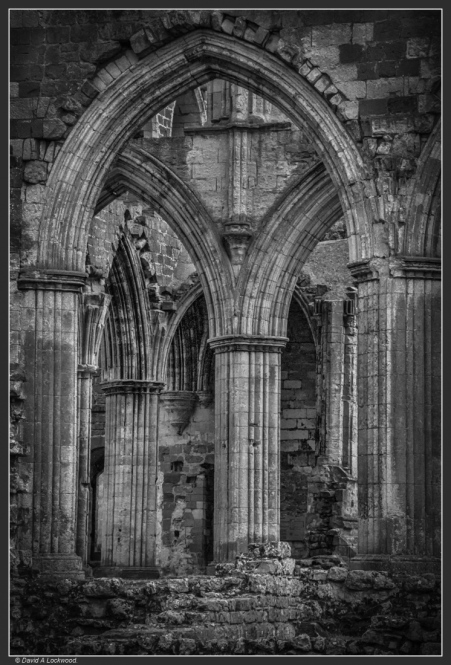 Another old negative: this one from 1987 or 88. I am reasonably sure it’s Rievaulx Abbey
North Yorkshire.

The file sheet said: Abbey – Nikon F4 with Tokina 35-70 f2.8 AIs AT-X / T-max 400. There are 22 negatives in the file sheet and all of the same place.
I remember visiting Rievaulx Abbey in the mid 1980’s and as T-max came on the market in 1986, these were probably made late 87 or 88. That’s the problem going through old negatives, I was not so careful making notes as I assumed I would remember.

Up date: found the receipt for my Nikon F4, so this dates these to no earlier than 1988.

Rievaulx Abbey was a Cistercian monastery, founded in 1131 by Walter Espec in a secluded valley on the edge of the North York Moors.

The first structures at Rievaulx were temporary timber buildings, intended to serve only until proper permanent buildings could be erected in stone. The first stone structures were begun under the first abbot, William (1132-1145), sometime after 1135.
From these modest beginnings grew one of the wealthiest monasteries of medieval England and the first northern Cistercian monastery. Rievaulx enjoyed the protection of nearby Helmsley Castle, the owners of which provided much of the abbey’s land.

The plan for Rievaulx was to follow the same layout as that of the mother abbey of the order at Citeaux, in France. This consisted of a large church with a cloister range to the south. Abbot William’s church was taken down and rebuilt on a grand scale by the third abbot, Aelred (1147-1167).

The east end of the church was later torn down and enlarged by Abbot Roger II (1223-1239). One unusual feature at Rievaulx is the orientation of the church. Most churches in Britain, certainly established in the medieval period, are oriented loosely on an east/west line. At Rievaulx the layout of the site necessitated a different approach, and the abbey church is laid out on a north/south line.

The abbey was expanded in the period 1145-1165 and again in the late 12th century. Interestingly, though Rievaulx was reckoned the most important Cistercian house in England in the late 12th century, it reached the peak of its power around 1200, and from that point on life at Rievaulx became a struggle. Part of the struggle was the monk’s own fault; an ambitious programme of rebuilding and extending the abbey buildings in the 13th century led to heavy debts.

In the 13th century, a series of epidemics ravaged the abbey’s flocks of sheep, leaving them with far lower income than expected. They did engage in minor rebuilding during the 14th century, but by then the abbey had truly fallen upon hard times.

Parts of the abbey buildings were torn down in the 15th century and by the time of it’s suppression and confiscation by Henry VIII in 1538, it supported 22 monks and 100 lay people. Compare that to the 1160s when, under Abbot Aelred, it had a population of 140 monks and more than 500 lay brothers.
Above taken from: British History on line/ Catholic Encyclopædia & Encyclopædia Britannica.

The lake wasn’t the only thing frozen when I made this.

Update: I kept looking at the grain in this image scan and thinking, it doesn’t look right for a T-Max 400 film; I was right.

It was in fact Ilford HP5 developed in Rodinal: the confusion arose because this image was at the end of a series I had made of storm clouds. I changed over to T-Max ( having run out of Ilford) and continued, but kept the negatives together as they were all of the same subject. That will teach me to pay more attention to the edge markings, getting lazy !! with using my Nikon Df/800 and always having the metadata confirm what my settings were. 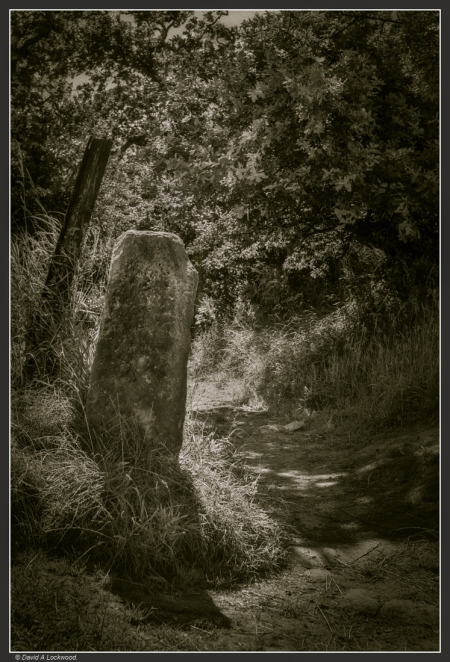 Not sure if this is an old Drovers’ way marker or a ‘Standing Stone’ that has been bypassed by the track.

From Wikipedia:
A drovers’ road, drove [road] or droveway is a route for moving livestock on foot from one place to another, such as to market or between summer and winter pasture Many drovers’ roads were ancient routes of unknown age; others are known to date back to medieval times

Trip, trap, trip, trap!  went the bridge
Who’s that tripping over my bridge? roared the troll
Oh, it is only I, the tiniest Billy Goat Gruff 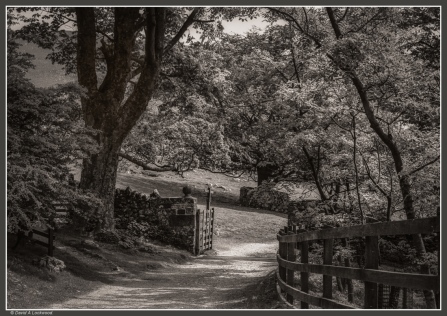 A bridge in Bath – Somerset, I think.
Image scanned then adjusted for noise & contrast in P.S/CS6.

The problem with going through old files and negatives is finding forgotten and unidentifiable images. That is exactly what this is, all the negative page said was ‘Pinhole experiments’ with 35mm camera and body cap, it had several badly exposed and/or very blurred images but this one was the best.

I remember reading about the possibility of using a body cap drilled for a pinhole lens, but cannot find the modified cap since moving.

I do remember using the Nikon F4/Nikon F2Sb after making the lens from a drilled body cap which I then fitted with a disc made from very thin aluminium with a precisely centred hole. The ‘f’ stop was around f:200, calculated by using the following.

Figures estimated by using a ruler and dividers, was about 0.25 mm and the distance of the pinhole to film plane about 50 mm.

For those who wondered what the symbol of a circle bisected by a line was on their SLR, it denotes the point of focus for images at infinity; the film plane.

The disc was sanded, cleaned in Isopropyl alcohol then glued onto the lens cap and all painted with matt black paint.

Why I have never carried on with these experiments I have no idea and the memory jog only came after looking at pinhole images posted on Kevin Allan’s excellent blog  filmphotography.blog/2019/09/25/ondu-pinholes-hexham-abbey/  Well worth visiting for his images and articles about cameras, materials & techniques. 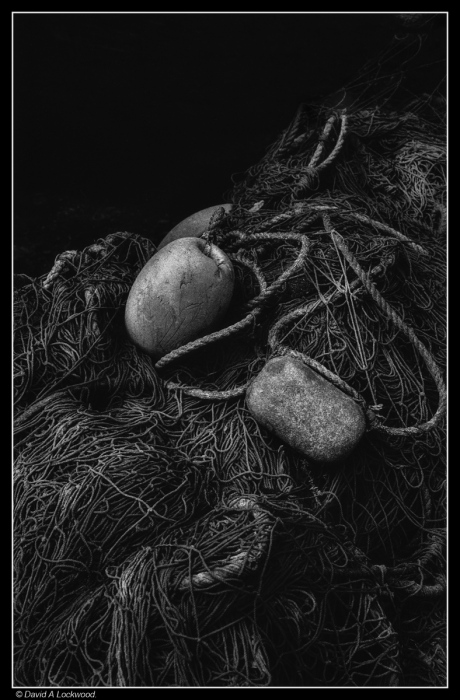 Bukha Fort – Nikon F4 / Nikkor 50mm f1.8D and Ilford Hp5 Plus film.
There has been substantial renovation since this image was made.

This fort may have been built in the 16th century by the Portuguese although doing a search for its history seems to show conflicting information. It was certainly used in the 17th century by Saif bin Sultan Al Ya’rubi. The distinctively shaped tower was constructed to deflect cannonballs; the fort was a lot closer to the sea than it is today and it had a ditch on at least three sides, that would fill with sea water.

Some interesting history from the book: The Ya’rubi dynasty of Oman. Raymond Denis Bathurst.

Sultan bin Saif Al Ya’rubi defeated Portuguese troops, who had been occupying certain coastal dominions. This liberated Omani trade and ushered in nearly a century of relative wealth and progress, until the death of Sultan ibn Sayf II and resultant break out of civil war in 1718.
The Al-Ya’ariba trace their descent from Ya’arab bin Kahtan, whom some date to about 800 BC. The family originated in Yemen and belonged to the Ghafiri faction. Nasir bin Murshid bin Sultan al Ya’Aruba (r. 1624-1649) was the first Imam of the Yaruba dynasty, elected in 1624. He moved the capital to Nizwa, the former capital of the Ibadhi Imamate. Nasir bin Murshid was able to unify the tribes with a common goal of expelling the Portuguese. He built up the Omani army and took the main towns as well as the forts of Rustaq and Nakhal. His forces threw the Portuguese out of Julfar (now Ras al-Khaimah) in 1633. In 1643 they took the fort at Sohar.
Nasir bin Murshid was succeeded by Sultan bin Saif (r. 1649-1688), his cousin. Sultan bin Saif completed the task of expelling the Portuguese. He captured Sur, Qurayyat and Muscat, expanded the fleet and attacked the Portuguese on the Gujarat coast. Under Sultan bin Seif and his successors Oman developed into a strong maritime power.The Omanis took many of the Portuguese possessions in East Africa. The first attack on Zanzibar, then held by the Portuguese, was in 1652. In 1660 Omani forces attacked Mombasa, forcing the Portuguese to take refuge in Fort Jesus. There was continued fighting between the forces of Portugal and Oman in the East African coast in the years that followed.
Bil’arab bin Sultan (r. 1679-1692) succeeded as Imam in 1679 after the death of his father, Sultan bin Saif. This confirmed that the succession was now hereditary, since his father had also succeeded dynastically, while in the Ibadi tradition the Imam was elected. Most of his reign was occupied in a struggle with his brother, Saif bin Sultan, who succeeded Bil’arab bin Sultan when he died at Jabrin in 1692. 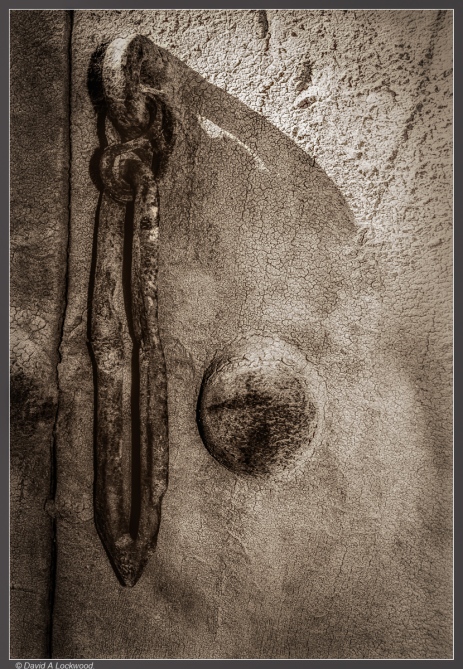 Another from my negative files.
The building where this was made no longer exists: water erosion and general neglect took its toll.
Mud brick buildings at some of the ruins in Oman have suffered with the last two major cyclonic storms Gonu & Phet. Mud brick is very strong but needs constant attention if it is not to erode during heavy rain storms. 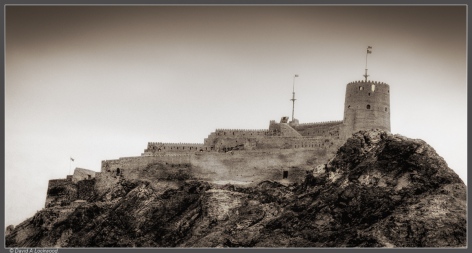 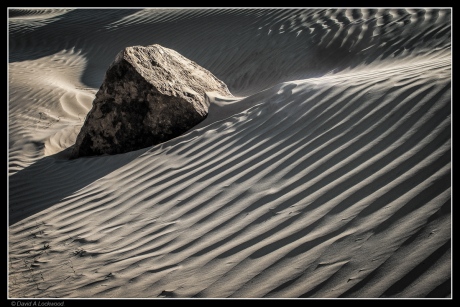 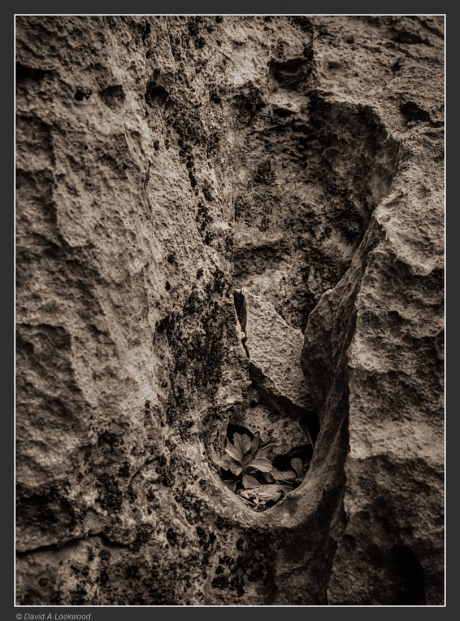 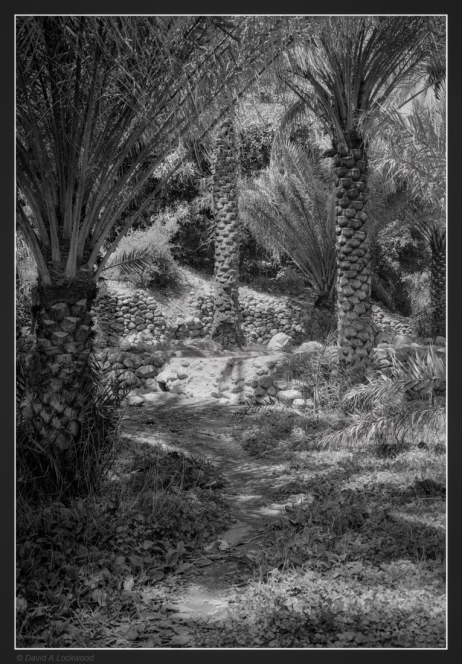