A Date storage area on the ground floor of Al Hazm fort.

The raised channels that can be seen in the image above were used for storing Hessian type sacks of dates. They were stacked one on top of the other and as the juice was forced out of the lower sacks, it ran through the channels into a catchment area.
This juice had a number of uses; a very nutritious food, medicinal qualities both internal as medicine & external in the form of salves, can be used as a sweetener like honey and I am sure in the case of Al Hazm Fort, a military use! Boiled and poured through the murder holes above entrances.

From that well-known on-line encyclopædia.

Dates have been a staple food of the Middle East and the Indus Valley for thousands of years. They are believed to have originated around Iraq, and have been cultivated since ancient times from Mesopotamia to prehistoric Egypt, possibly as early as 4000 BCE. The Ancient Egyptians used the fruits to make date wine, and ate them at harvest. There is archaeological evidence of date cultivation in eastern Arabia in 6000 BCE. (Alvarez-Mon 2006).
There is also archaeological evidence of date cultivation in Mehrgarh around 7000 BCE, a Neolithic civilization in what is now western Pakistan. Evidence of cultivation is continually found throughout later civilizations in the Indus Valley, including the Harappan period 2600 to 1900 BCE.
In later times, traders spread dates around South West Asia, northern Africa, and Spain. Dates were introduced into Mexico and California by the Spaniards in 1765, around Mission San Ignacio.
Fossil records show that the date palm has existed for at least 50 million years.

P.s – back with needing https:// in my address bar: fortunately I still have the  “firefox” add-on  which does it for me  🙂

I am still not able to open WordPress pages without adding (https) in front of every page: a real pain when I wish to view others sites.
My provider has not been much help as it is only WordPress  that has the problem ??!! – very strange: the only consolation is that I am not alone with this issue,  others here in Oman have the same problem and it started on the same day.  Now the worm in the back of my mind says “WordPress new edit page was started about this time ??”
The WordPress ‘Happiness Engineer “rachelmcr” has been a great help – found things in Firefox programme I didn’t know existed  🙂

Quote from: The Restaurant at the End of the Universe – Douglas Adams.

Replace the word Universe with computer…………

Normality will resume I hope. 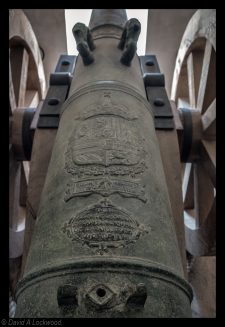 This column has a lot of work put into the decoration for what is essentially a support.

Spent ages trying to get a position that would show both sides and centralise the arch: gave up !

One of my last before I disappear for a month: thanks for all the comments and ‘likes’ since I last stepped off the world  🙂

Hopefully everyone has enjoyed my excursions around the various Forts.

One of a number of cannon on display.

Rather worn with age; when new, there would be no doubt who cast this (Portuguese I think?)

They maybe decorative but – once closed………

Busy weekend as this was my last trip before I step-off the planet for a couple of days short of a month (holiday time soon 🙂 ) anyway it was 49 degrees C when this series was taken……. enough is enough: mad dogs & Englishmen come to mind ! 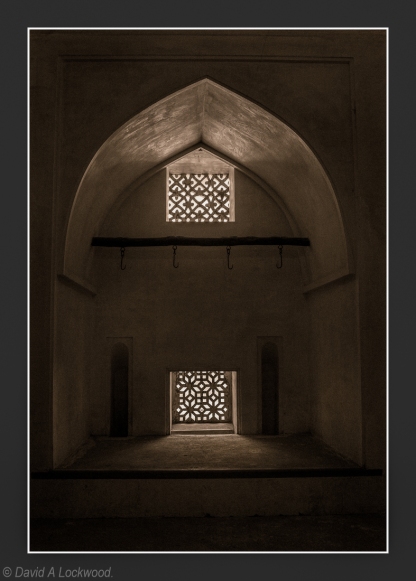 Red/brown tone for a change.

One of the many doors. 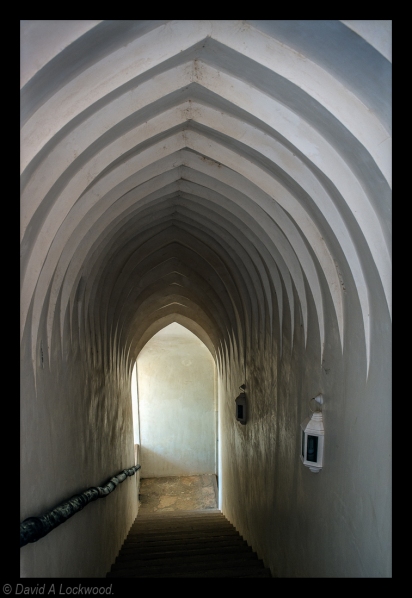 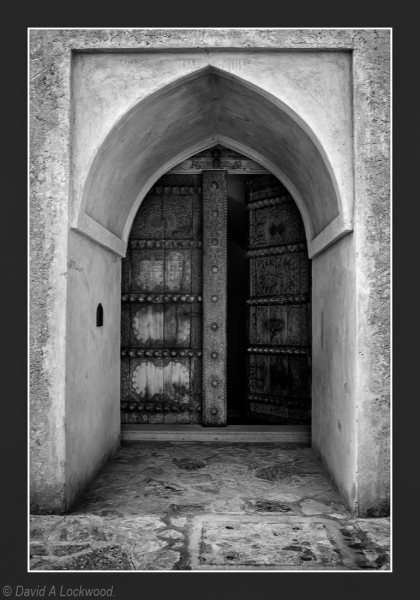 Al Hazm Castle – according to the Ministry guide-book.
Located in Al Hazm town in the District of Rustaq. It was built by Imam Sultan bin Seif the 2nd in ( 1123 A.H.–1711 A.D.) when he established Al Hazm town as a capital of Oman instead of Rustaq. The Castle is distinctive from other Omani Castle and forts by its magnificent shape and massive building. It contains the tomb of its builder – Imam Sultan bin Seif the 2nd.
The builder Imam Sultan bin Seif was the 5th ruler of the Ya’rruba dynasty of Imams; he was the grandson of the Imam (of the same name) who made the Portuguese an offer they could not refuse! they all left, after many years of attempting to subjugate the people.
This Fort is an outstanding example of Omani Islamic architecture and was built for defence against cannon. The roof is built on columns, and contains no wooden supports. Its walls can withstand the impact of cannon balls due to it being at least 3m thick at any point.
It has the outside appearance of being far larger than it really is, helped by tall walls and two towers, one on the Northwest corner & the other on the Southeast – giving almost 360 degrees of cover.
Another interesting fact; it used an advanced form of vaulted arch which was a major departure from the use of straight lines, along with post & lintel construction as had been seen in most of Oman’s earlier defensive constructions.
There are the usual defensive details such as multiple offset doors, pits just after a door (covered with planks of wood, removed when under attack) murder-holes above doors (think boiling oil or fire) along with hidden escape passages.

I have visited this fort on & off, many times as it not only has some of the most friendly and helpful custodians, but its main feature is the impressive collection of cannon.